The History of Garage Doors 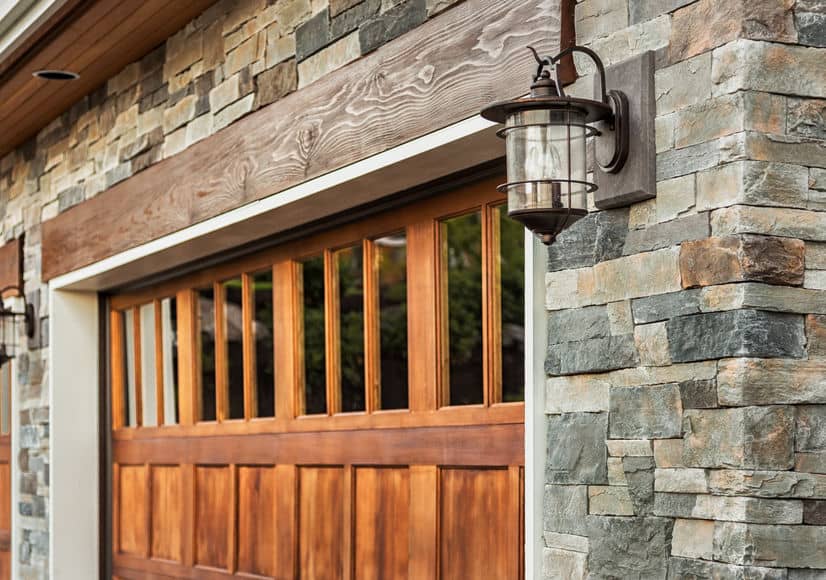 The Evolution of Garage Doors

A garage is often found in the home and used as a catch-all for storage or for the storage of vehicles. While most home owners want to have a garage, little thought is given to this much-used space. The history of the garage is quite interesting, particularly when considering the door component. Over the years, innovations and adaptations have been made to garage doors that make the area of the home much more efficient. Let’s take a look at the interesting history of garage doors below.

Would you believe that garage doors actually date back thousands of years? The first garage door has been dated to 3500 BC and maybe even earlier. It was at this time when the first wheels appeared. Since humans figured out what wheels are and what they can do, they have been trying to figure out the best way to store their form of transportation.

In the 18th and 19th centuries, carriage houses worked as forms of storage. In colonial America, carriage houses were often not attached to homes like garages are today. They were outside and the home owner had to walk outside the home to access their carriage. The facility was similar to a barn, having dirt floors, walls and a gate for a door.

The door of a carriage house hung from hinges. It would swing outward to allow the driver to enter and the carriage to easily be removed.

The Invention of the Automobile

As forms of transportation evolved, cars began to appear, replacing the horse and carriage option. By the early 1900s, cars were booming, thanks to the developments made by Henry Ford. At this time, storage of the vehicles was an issue. Thus, garages were born. The word garage first appeared in the dictionary in 1902.

Early cars were in desperate need of shelter as they did not have a roof. The open vehicles were expensive, and rain or snow would easily cause damage. As cars become more wide spread, personal garages began to appear.

Early garage doors would swing out and this soon caused a problem when snow would fall, or other debris blocked the door. It was not until 1921 when the first overhead garage door was created. By 1926, the first electric garage door was invented.

By the 20th century, homes were beginning to be designed with garages attached to them. This created a more convenient way to store vehicles. After World War II, cars were much larger in size and households expanded their transportation options to more than one vehicle. Over time, the garage size began to expand and continues to do so to this day.

Garage doors have come a long way over the years. Today, around 80% of homes have a single car garage or larger. Many newer constructed homes have a larger three-car garage. Innovations are continually being made to provide quality and safety when it comes to operating the garage door of the home. Newer as well as older homes feature the technology, allowing home owners to fully utilize the potential of the latest garage door installations.

As technology continues to advance, garage doors will continue to change and evolve, offering home owners even more! If you have any questions about your next garage door give us a call (623) 466-3699.

This website uses cookies to improve your experience while you navigate through the website. Out of these, the cookies that are categorized as necessary are stored on your browser as they are essential for the working of basic functionalities of the website. We also use third-party cookies that help us analyze and understand how you use this website. These cookies will be stored in your browser only with your consent. You also have the option to opt-out of these cookies. But opting out of some of these cookies may affect your browsing experience.
Necessary Always Enabled
Necessary cookies are absolutely essential for the website to function properly. This category only includes cookies that ensures basic functionalities and security features of the website. These cookies do not store any personal information.
Non-necessary
Any cookies that may not be particularly necessary for the website to function and is used specifically to collect user personal data via analytics, ads, other embedded contents are termed as non-necessary cookies. It is mandatory to procure user consent prior to running these cookies on your website.
SAVE & ACCEPT